I write about wines and spirits and the hidden corners of the world A total of 21 agave-based spirits across six different categories made the final judging “Sweeps” round at the 2022 San Francisco World Spirits Competition (SFWSC). These spirits consisted of Tequila (four categories), Mezcal (one category) and All Other Agave Spirits (one category).

Founded in 2000, the SFWSC is the oldest competition in North America and the largest spirits judging in the world. A total of 70 judges from around the world evaluated approximately 5,000 spirits over two weeks in April 2022.

The competition is organized by the Tasting Alliance, an organization founded by Anthony Dias Blue, and in addition to the SFWSC includes spirit competitions in New York and Singapore and wine competitions in San Francisco and New York.

Historically, agave-based spirits have been associated with Mexico. The bulk of these spirits is still produced there. Of those, Tequila represents around 98% of Mexican agave spirit production, while Mezcal and the lesser-known Mexican agave spirits like Sotol, Bacanora and Racilla, among others, represent around 2%.

Agave, however, has around 270 different species and is indigenous to a broad zone stretching from the southern United States to northern Chile. There is a long-standing historical tradition of making agave-based spirits throughout this region from any number of wild agave species. Few of these spirits are available in the United States, however.

Moreover, the Blue agave (Agave tequilana), from which Tequila is made, is now been successfully cultivated from Texas to South Africa to Australia.

Tequila can be produced anywhere in the state of Jalisco and certain portions of the states of Nayarit, Tamaulipas, Guanajuato and Michoacan.

Mezcal can be produced in nine states. While Oaxaca is considered the heart of the Mezcal producing zone, the spirit can also be produced in the states of Guerrero, Durango, San Luis Potosi, Zacatecas, Guanajuato, Michoacan, Tamaulipas and Puebla.

Bacanora can only be produced in the state of Sonora, while the official production zone of Racilla is centered around Puerto Vallarta and includes portions of both Jalisco and Nayarit states.

Tuxca, a little-known agave spirit, is made from wild Lineno and Cimarron agaves from a region centered around the town of Tuxcacuesco. The official production zone covers portions of southern Jalisco and northern Colima states.

Comiteco, another little-known spirit, is produced around the town of Comitán de Dominguez in the state of Chiapas. It is made from the fermented agave sap of the Comiteco agave (Agave atrovirens). The species, historically, grew wild in the region around Comitán. During the 19th century, the production of Comiteco rivaled that of Tequila. A dwindling supply of wild agave, however, slowly drove the spirit into obscurity.

Sotol is a spirit made from the Dasylirion plant, typically Dasylirion wheeleri. The plant grows wild in the Sonoran Desert of Chihuahua and Sonora, as well as the desert areas of Arizona, New Mexico and Texas.

Historically Dasylirion was considered a subspecies of agave, but the species has recently been reclassified botanically as a member of the asparagus family (Asparagaceae). So, while treated as an agave spirit, technically Sotol is not made from agave. 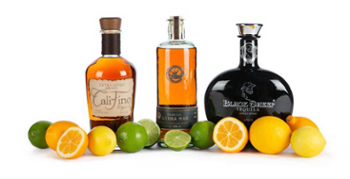 The Black Sheep Tequila is produced at the Integradora San Agustin, S.A. de C.V. distillery (NOM 15647) in Tototlán in the Jalisco Highlands. It is one of about two dozen different Tequila brands produced at the distillery, but the only tequila that is made in this higher concentration and handcrafted manner.

Black Sheep describes its Tequila as a “farm to bottle,” “single estate, small-batch line of Tequilas.” In addition to the usual lineup of Blanco, Reposado Añejo and Extra Añejo, the company also bottles an extraordinary 15 YR Tequila it calls Antano (Spanish for yesteryear).

Pronounced vanilla notes on the nose with a hint of black pepper and fruit notes. Well balanced, dry on the palate, with fruity and a slight caramel note. Long sweet fruity finish.

Cristalinos are Tequilas, typically añejo or extra añejo and in some cases reposados, that undergo a filtration process to remove the color induced by barrel aging. The result is a crystal-clear Tequila that resembles a Blanco Tequila but retains the vanilla and caramel notes typical of an aged Tequila.

The Don Julio Cristalino was:

The Siempre Añejo Tequila is smooth and creamy. It exhibited aromas and flavors of:

Salted caramel, with slight bread notes along with dried fruit. There are cooked tropical fruit notes of banana and a bit of mango. The finish is long, smooth and fruity.

Ranch Sierra Mar is a rather obscure brand that appears to be associated with Myrtle Bank Rum, a Jamaican rum producer. The Tequila used to be produced at the Tequila Las Americas distillery in Amatitán in the Jalisco lowlands. It’s not clear if it is still produced there.

Distinctive vanilla and caramel notes on the nose. Smooth and flavorful on the palate, with a slight tannic dryness. Very fruity with a creamy, almost crème brûlée like quality.

Vanilla on the nose with slight tropical fruit notes. Sweet and creamy on the palate but slightly drying. Long fruity finish.

The Lobos 1707 brand was founded by Diego Osorio, a member of a family whose involvement with Tequila date back to 1707, hence the name.

All the Lobos Tequilas are finished in casks that previously held Pedro Ximénez (PX) Sherry. PX is a thick, viscous Sherry made from partially dried grapes. It imparts sweetness as well as flavors of fig, date and raisin.

Some vanilla and dried fruit on the nose. Sweet but slightly drying on the palate with caramel, dried fruit and seasoned wood notes. Long sweet, fruity finish.

Cincoro, a brand associated with basketball great Michael Jordan and other NBA luminaries, is a Tequila designed specifically for an American palate. It’s smooth, sweet, and fruity.

Don Nacho is a premium Reposado Tequila. This is a very fruity Tequila that exhibits:

Aromas of honey along with tropical fruit notes of banana, mango, melon, guava as well as citrus notes of lime and orange. There are also slight herbal/vegetative notes of agave and chamomile.

Camarena has been using the Ocho Tequila brand to explore the concept of terroir in Tequila, bottling site-specific Tequilas. This is another farm-to-glass Tequila brand with each bottling coming from agaves produced at a single site and harvested in the same year.

Minerality with slight, caramel, and cooked agave notes on the nose. Sweet on the palate with cooked caramel and slightly roasted/cooked marshmallow notes. Fruity with a long, lingering, sweet finish.

El Tequileno Platinum is one of Mexico’s fastest-growing Tequila brands. It demonstrates:

pronounced Agave notes with a distinctive earthiness accompanied by pepper and slight cinnamon notes. There are also citrus fruit notes of lemon and orange along with tropical fruit notes of melon and mango. There is also a slight vegetative note of dried thyme.

Los Vecinos is a joint venture between Casa San Matias, the oldest Tequila producer in the Jalisco Highlands, and Sazerac. The brand has been a perennial winner in International Spirit Competitions.

Earthy aromas with a cooked vegetative note on the nose. Sweet, fruity on the palate with a slight licorice note.

Minerally and earthy on the nose with hints of smoke. Slightly sweet on the palate with a noticeable savory note and some herbal and fruity flavors.

While the Mezcal RAUMEN is described as:

Tropical fruit notes and herbal aromas on the nose. Dry on the palate with pronounced earthy and vegetative notes, a hint of licorice. It has a long finish with herbal and licorice notes.

Mezcal Vago Ensamble-en-Barro, is bottled at a 50.2% ABV. It shows:

a distinctive floral note on the nose with a subtle but persistent earthiness.

Vago is a consortium of five different Mezcal producers, each of whom makes their Mezcal in different parts of Oaxaca using different production methods.

This particular Mezcal is produced by Tio Rey using ancestral techniques and does not employ any mechanical or electrical tools. Rey uses traditional clay pots for distillation. These contribute smoothness to the Mezcal as well as a pronounced earth note.

Magia Mezcal offers up aromas of wet earth, with citrus and agave notes and a hint of smokiness.

La Luna Mezcal Espadincillo is made from a variety of Espadin agave native to the state of Michoacan. The Mezcal has won Gold and Double Gold medals in international spirit competitions. It offers up floral aromas along with smoke, roasted corn, vanilla, and citrus fruit.

The only finalist in Best of Class: All Other Agave Spirits was the AQARA Agave de Los Andes, Rito.

AQARA is a Peruvian agave spirit producer that utilizes Agave cordillerensis and Agave americana. Both species are indigenous to the Peruvian Highlands.

The company has been a perennial medalist in international spirit competitions. The Peruvian agave spirit shows:

Minerally and earthy notes on the nose. Slightly sweet and fruity on the palate. The finish is long with fruity and licorice notes and slightly peppery.

The 21 agave spirits that made it to their respective final “Sweeps” rounds are all outstanding. They range from well-known established brands to obscure craft producers. They illustrate the tremendous diversity of agave spirits, a diversity that will grow even more complex as agave spirits from elsewhere around the world are introduced.

Mexico, with its Tequila, Mezcal and other native agave spirits will always be the epicenter of agave spirits, but the range of these spirits is destined to grow even more varied and complex as other, non-Mexican producers, release new expressions.

The 2022 SFWSC agave spirits judging produced an outstanding set of medalists, all of which offer outstanding Tequilas and Mezcals; many at exceptional prices. Be sure to check out the 16 other Tequila and Mezcal expressions that scored Double Gold medals on the Tasting Alliance website.

We are in the golden age of Tequila and Mezcal. If you’re an enthusiast of either one or agave spirits in general, you have many new expressions to discover.

Joseph V Micallef
I have been writing and speaking about wines and spirits for 20 years. Along the way I became a winemaker, Oregon Pinot Noir; a judge for various international competitions, among them the Irish Whisky Awards and the International Wine and Spirits Competition; wrote a book on Scotch Whisky: Its History, Production and Appreciation and working on one on Tequila. I also earned the Diploma in Wines and Spirits from the WSET. Have tasted a lot of wines and spirits, from 200-year-old ports to centuries old Cognacs to many of the world’s oldest whiskies. I also write about the dusty, forgotten places of the world, the ones that reek of history and whose stories still resonate in the 21st century. The rest of the time I cover international politics. An eclectic combination to be sure, then again, the state of the world would drive anyone to drink. Sláinte